We recommend reading the article "Ordre des Martyrs" on this page, beofore reading this article about music

We need to emphasize that negroid accomplishments are the oldest in the world and are the foundation for modern civilizations. Music being the most ancient of accomplishments known to man does not escape this generality. Plato testified to that statement according to Fludd's De Musica Mundana: "Plato, in describing the antiquity of these arts among the Egyptians, declared that songs and poetry had existed in Egypt for at least ten thousand years, and that these were of such an exalted and inspiring nature that only gods or godlike men could have composed them. Below, we add a published background summary of Pythagoras, the father of Western music:

"Although it is said that he himself was not a musician, Pythagoras is now generally credited with the discovery of the diatonic scale. Having first learned the divine theory of music from the priests of the various Mysteries into which he had been accepted, Pythagoras pondered for several years upon the laws governing consonance and dissonance. How he actually solved the problem is unknown, but the following explanation has been invented." Please go to the link and read the article to uncover the invention.

Source: Stanley's The History of Philosophy in The Pythagorean Theory of Music and Color: http://www.sacred-texts.com/eso/sta/sta19.htm 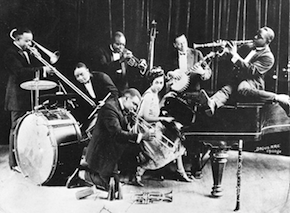 In the "Ordre des Martyrs" article we stipulate on the Hebraic nature of Haiti's spiritual tradition and its Egyptian source. Haitian spiritual tradition rests on two apparent pillars, found in Hermetic that defines vibration and rhythm which are the primary elements of music. This music is mistakenly attributed to Africans transported to Haiti after 1625 although such proof is marginal. Given the complexity of the tradition's practices that involved the Amerindian, such is unlikely the deed of plantation slaves. The lyrics of the traditional music of Haiti mainly echo one of the first statements found in the Emerald Tablet of Thoth (Hermes) where we find:

"Then beware, O men of KHEM (The true name of Egypt),
if ye have falsely betrayed my teaching,
for I shall cast ye down from your high estate
into the darkness of the caves from whence ye came.

Remember and heed my words,
for surely will I return again
and require of thee that which ye guard.
Aye, even from beyond time and
from beyond death will I return,
rewarding or punishing
as ye have requited your truest" 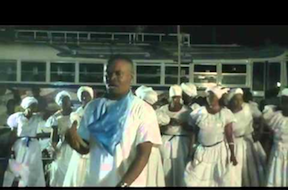 In the extensive repertoire of Haitian traditional music, the lyrics often speak of a betrayal that Haitians interpret as "chante pwen." In reality the stated betrayal is always in coded form or abstract language. We are analyzing the lyrics in the context of the emerald tablets and are convinced that this abstraction in the Haitian traditional songs are, most often, not referring to the Transatlantic slave trade. They, rather speak of a spiritual warfare that is indeed the state of affairs albeit unknown to most of the Haitian middle and upper classes.

The abstraction is philosophically oriented in antiquity. Keeping in mind that these songs are often composed by spirits (lwas), the meaning of these abstractions remain unknown to Haitians even the ones that are active in the spiritual tradition. The lyrics in those songs may be said to be mysteries that Haitians are charged to understand and live by. However, the music of Haiti (in Haiti) is shrouded in confusion of what constitutes civilized men and peasant men. The peasant men have a music that touch the world while the civilized men have a "musique des savants" that remains unknown to most, this writer included.

The music of Haiti landed in New Orleans after 1791 and has evolved to what is known as Creole music that includes Jazz, Funk, Zydeco, and Rock n' Roll. In Haiti, however, all those genres remained unknown. The same music that spawned all these genres in New Orleans (which is Voodoo music) was, and is, not played in Haiti in favor of French, Canadian, Latin American, South American music. Strange as it may seem, even Reggae and Calypso from neighboring islands were also omitted on the airwaves.

The cosmopolitan Haitian maintains a prejudicial attitude toward the music that has touched the world beginning with the acclaimed classical composer Louis Moreau Gottschalk (1829-1869) and later with the descendants that comprised an army of Creole musicians from which Jazz was born. The Creole music of New Orleans never reached Haiti because radio stations promoted all sorts of music from Europe, Mexico and other South and Latin American countries; the relationship of the New Orleans Creole was not only ignored but the worldwide explosion of the music has also been suppressed in Haiti.

The music of Cuba dominated cosmopolitan Haiti from the 1940s and on. The Cubans are always open about the influence of Haitians in their culture and music which the upper class Haitian either ignored or did not understand. Haiti's traditional music is better supported in Cuba than in Haiti to this date. The Haitian descendants in Cuba still maintain their cultural tradition and language with support of Cubans and the Cuban government to this date.

In the last two years we have reached out to the Haitian music sector for the purpose of considering ways to support and preserve the rich historically important Haitian folk song repertoire. Our experience and the resulting zero support is nothing short of shock. The deep prejudice of the non peasant classes usually surfaces as the first response from those we approach and surprisingly that include academicians and musicians alike. Our effort is better received by the peasant class with which we are cooperating to structure a nurturing environment to encourage evolution of the rich peasant repertoire. Music is a primary interest of the "Ordre des Martyrs" to help us appreciate and preserve this world known treasure so summarized below: 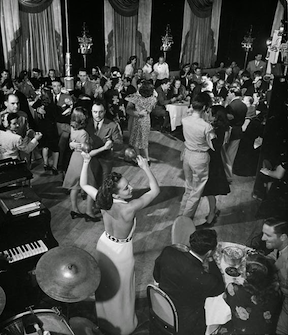