We were founded via academic research in the fall of 2016 and inaugurated on August 22, 2017. Our inauguration date coincides with the anniversary of the "Bwa Cayman" event dated back to the year 1791 in the north of Haiti. Our inauguration included anointment of the "Soeurs Redemtrices de Nazareth" of which we became a chapter. Our motivation is to study and understand the fundamentals of race relations in which the negroid has been victimized, purposely mischaracterized, and denigrated to the bestial level. Our studies begin with the Haitian spiritual tradition which uniquely contains many African traditions but was founded upon the Hebraic tradition.

The Hebraic tradition was taught to the Greeks and is the source of Greek Philosophy. The Greeks later betrayed their Hebrew benefactors during the Greco Roman period that was followed by the Judeo Christian period that incubated racism, spiritual deception, and the ongoing genocide of the Hebraic peoples that resulted in the extermination of the Hebrew people and its language. The Hebraic tradition is the source of the old testament in Christianity, Islam, and Judaism. The Hebraic tradition flourished in Europe until the inquisition that exterminated the negroid in Spain and other parts of Europe from 1492 onward. 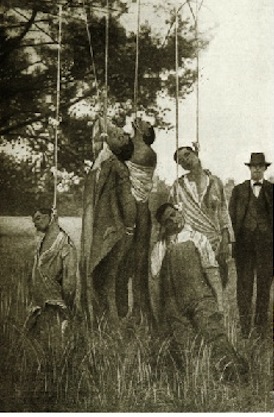 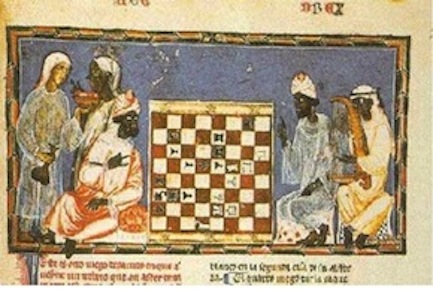 The Hebraic tradition is a known application of Hermetic philosophy that originated in Egypt more than 50,000 years ago. Many (if not all) traditions are based on Hermetic philosophy which the negroid propagated on all continents of this planet. Regrettably, the negroid, was betrayed prior to the rise of the Byzantine empire at which time the martyrdom of all negroid beings began and is ongoing after 1500 years.

The remnant knowledge of the negroid Hebraic tradition was transported to Haiti, and it evolved as "Voudo" that became Voudou, Vodou, Voodoo, and Vodun. The essential hebraic and Hermetic antiquities have been extended by integration of various traditions transported to Haiti by negroid from different African nations throughout the acclaimed "Transatlantic Slave Trade;" thus is now the structure of Vodou.

This extension is commonly known in Haiti as the 21 nations or "21 nachons"; it began after the year 1625. The essential Hebraic tradition is the core of Haitian tradition that has been lost in other places due to the various genocidal events that occurred prior to and throughout the European Renaissance that seems to indicate the objective of the eradication the black race. An objective being pursued to date as demonstrated by well concealed current deceptive, aggressive, and heavily taxing events.

All members of the negroid race are martyred everyday by various ways and means as we depend on, as we even replicate the behavior of, our self declared enemies for our basic needs for survival. Our cultivated ignorance results in our acquisition of the ways of the enemy, thus we become our own enemies mistreating our own kind to appeal to the " self declared enemies". The self declared enemies of the negroid are endowed with the innate (mis)understanding that they are entitled to all there is in the material world, This innate (mis)understanding is made to manifest through spiritual cunning.

In our search for the truth, we consider and study Eastern and Western Hermetic, Esoteric and Mystical Philosophies to awaken Cosmic Consciousness and unfold Primordial Wisdom. Ordre des Martyrs seeks to raise the awareness of the most afflicted negroid to the least afflicted negroid as to reinforce the innate understanding of the negroid race that prompted the race's generosity with knowledge. This innate understanding, complemented by other non-refutable and primordial principles, is simply stated as:

"When we express ourselves with words, thoughts or feelings, we are under the impression that it is our mind and intellect that generate our thinking. It is true that we do have "thoughts" and use our "intellect" projecting around us "thought-forms" and psychic expressions of all kinds...

But, all of these are passing illusions and realities, projections of our ego desires and wishes." 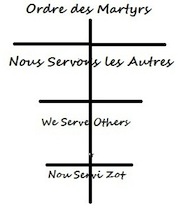