Humanity is now at a cross roads where science is openly converging with spirituality after a religious influence on dominant Western society that spans more than five centuries. The field of medicine is also converging with spirituality as is evidenced by the emergence of holistic medicine that is appealing to many people for many reasons. These convergences can be interpreted as validation of the axiom “mind over matter.” This axiom when applied to wellness can be deduced as “mind has the potential to heal the body” and such has been the case for thousands of years in aboriginal cultures throughout the world. These aboriginal cultures have their foundation in shamanism.

Shamanism is the practice of shamans. The word shaman comes from the Tungus tribe of Siberia and originally meant “master of fire,” “master of spirit,” and “one who sees in the dark” and, additionally, healer. The term shamanism is used as a generic western term but each region has a name for shamanism respective to the spoken language. In Haiti the practice of shamanism is termed “Vodou” and the shaman is called Hougan. Vodou is an initiatory tradition, thus bestows grades to hougans. Vodou was brought to New Orleans and its remnant is known today as a subset called “Voodoo.” 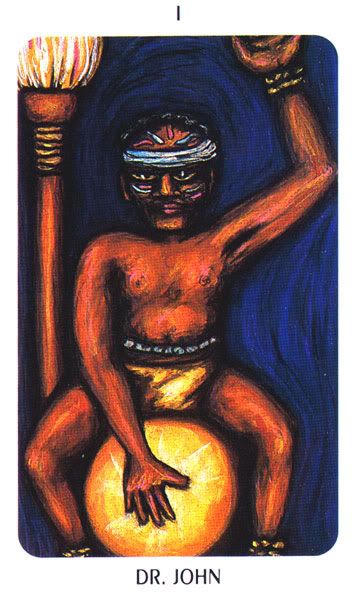 For reasons beyond our context, Voodoo came to New Orleans by way of Haitians who fled Haiti between the years 1791 and 1811; they were known as “free blacks.” In New Orleans, free blacks were restricted to an area called Congo Square where New Orleans slaves were allowed to come on Sunday afternoons, thus congregating with these free blacks. These Sunday afternoon Congo Square gatherings turned into Voodoo ceremonies for the purpose of healing savagely abused plantation slaves.

The ceremonies commonly seen in Haiti today are different than the Congo Square ceremonies. In Haiti, the audience watches the “dances;” Vodou ceremonies are called dances in Haitian parlance. Conversely, in Congo Square, the audience participated in the ceremony hence absorbed healing energies that were dispersed by the shaman who was called “doctor.” Haitian shamans can disperse energy (spirit) for group healing or direct energy for individual healing. Additionally, slaves who were afflicted by extreme beating were treated with directed energy. These events in Congo square earned Voodoo its reputation for healing and for this reason Voodoo is equally practiced by those of African and European descents in New Orleans to date.

The indisputable results of the Congo Square gatherings were due to spiritual alignment that caused the afflicted human spirit to overcome the constant extreme and painful physical and mental abuses. The unnatural order of the world that inflicted these abuses is also responsible for much of the modern mental and physical illnesses known to Western Society today. Although it is propagated that human life span is greatly enhanced by the advance of modern medicine and its pharmaceutical counterpart, dissatisfaction in health care causes people to consider alternatives in the shamanic world to heal mental and physical conditions often related to, or caused by subtle and pronounced traumatic experiences.

Of such conditions is the impediment in learning that is becoming epidemic under many known terms such as, attention disorders and depression related illnesses that are treated by drugs that produce more illnesses known as side effects, allergies, and adverse reactions. We (Ordre des Martyrs) reason that if slaves in New Orleans exposed to unspeakable atrocities could be healed with spiritual alignment, then the same could be applied to other conditions. This reasoning is our motivation in developing the method we call “Bamboula Therapy” to heal conditions that are caused by subtle or pronounced traumas or environmental factors. Learning difficulties are often rooted in traumatic subtle experiences and environmental factors causing a lack of interest that drains the intention that causes weak will. The resulting "drained intention" and "weak will" are insufficient to energize the mind which is necessary for learning.The preceding is our basis in approaching the foundation upon which Bamboula Therapy rests. The procedure is a reenactment of the Congo Square scene using recorded music and a trained shaman with appropriate shamanic tools. The results, thus far, are encouraging as we continue to refine the process.