Anse-à-Vodou: A Summer with My Father in Haiti

Anse-à-Vodou: A Summer with My Father in Haiti is a creative non-fiction memoir that reads like magical realism.

My father was a Haitian Vodouist from a prominent Catholic Haitian family, and an extreme nationalist. He was in exile under François Duvalier's regime when I was born in the United States. When he returned to Haiti post-Duvalier, his dream was to help bring about economic and politcal reform. He wanted nothing more than to see his beloved country thrive, her people happy.

My mother abhorred religion (it wasn’t God's idea), but she was a spiritual woman who spent much of her life working for the individual and greater good, always with equanimity and pleasure. She'd welcome into our home anyone in need and help them back onto their feet. Her passion for thwarting injustice rivaled my father’s. She didn't think twice about marrying a black man in a prejudiced blue-collar town in the 1960s.

My parenting encouraged rather than stifled my psychic gifts, so they grew rather than died, which is unusual in Western culture. My compassion for indigenous cultures and interest in preserving them began when I was very young. As an adult I feel compelled to expose the appalling maltreatment of native peoples, and I enjoy shedding light on the beauty and purity of traditonal beliefs, customs, practices, and relationships. Vodou is an honorable way of life whose practitioners adhere to a strict code of morals and ethics unmatched in Western cultures. My father believed that the secrets to a global utopian society were held in indigenous communities. I believe so as well. 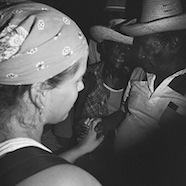 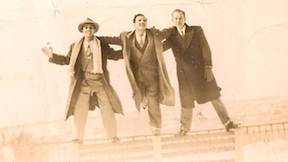 My father’s brother Joe is in the United States Soccer Hall of Fame for scoring one of the top ten goals of all time – U.S. vs England, 1950
(http://www.si.com/longform/soccer-goals/goal3.html).
Though he had no political affiliation, in 1964 he was assassinated during François Duvalier's regime by Duvalier himself, who killed him as a warning about what would happen to families that opposed him.

In 1989 I received a grant for my work in photography and went to Haiti for the first time, to visit my father, photograph Vodou ceremonies, and learn more about Vodou. I was determined to spend as much time as possible in various Lakou – the home temple grounds of local Vodou communities. I traveled deep into the countryside with Konpè Filo, a well-known Haitian activist, television and radio personality, and Vodou priest.

My father and all his brothers, except my Uncle Joe, were extreme nationalists. My father was also assassinated in Haiti, in August 1990, two days after my twenty-second birthday and three months before I planned to leave for Haiti to work with him for political reform.

I showed the first draft of this book to my father in the summer of 1990. He said I should be more specific about the details of what I'd seen. Over time I came to agree. It was a very different book then – my viewpoint as a young Western woman of my father's culture from personal experience at Vodou ceremonies, the feeling of homecoming I had with ancestral spirits, and an affirmation that there were others who interacted with spirits. All of this is woven into the final version, as well as pertinent Haitian and American history, the story of my father's family, particularly his own and that of his brother Joe, and my self-healing journey. 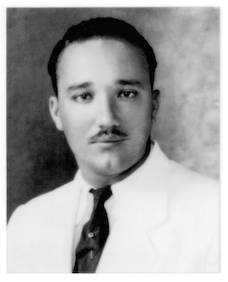 I stopped writing in 1990 and never moved to Haiti, but I was haunted by the idea of writing a book about Haiti, Vodou, my father, and my decades-long return to wholeness after his assassination. It became a compulsion that I can't explain except to say that the spirit who prophesied my birth made quite an impression. “Then he told my father he had betrayed him by not writing a book on JFK twenty-five years ago....” To me he said, Do not betray me like your father did. You are compelled to honor the voice of spirits that hold both counsel and war in your blood.... The spirits gave you a connection between blan and Haitian so that you would not miss your own gateway. You are a child of people born in slavery and aristocrats born in featherbeds. Trust the path you have been given. The espri will guide you.”

Anse-à-Vodou, A Summer with My Father in Haiti