Jazz Pyebwa is a musical experiment to fuse Haitian traditional music with its descendant Creole music of New Orleans. Pyebwa means tree in Haitian Creole and Jazz means "band." So, In Haiti the meaning of the word "band" is people playing music and dancing in the streets as in "bande Mardigras" or "bande rara."

From the above we can deduce that the word "jazz" is of Haitian origin and such has been honored by the likes of the great Sydney Bechet in his 1962 release titled "Haitian Moods" and "Haitian Orchestra" dated 1939. Bechet was in the company of Willy the Lion Smith and Art Tatum in those recordings. Interestingly, the musical genre known all over the world as jazz has not evolved in Haiti even though the music is credited to Haitian descendants known as New Orleans Creole. Jazz finally entered mainstream Haiti in the last decade with an annual jazz festival.

Jazz Pyebwa's fusion is primarily Haitian traditional music arranged to reflect the many genres that evolved among the Creole Haitian descendants i.e. funk, zydeco, blues, and rock. Jazz Pyebwa's focus is to explore the rich rhythm landscape of Haiti from which the Creole music of New Orleans germinated while maintaining full Haitian "3 drum battery" authenticity.

In the first release titled "Legba Suite" Jazz Pyebwa explores the traditional rhythms of Haitian music in latent form. This is the first such recording; and it is difficult to assign a genre to this fusion other than World Beat. 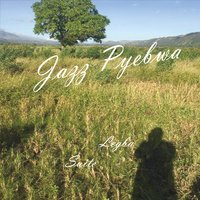